Registration for czech citizens only

The Academy of Mladí občané is a competitive project consisting of three sub-projects. The Municipality will offer its participants new information concerning the functioning and governing of cities and municipalities; at The Region, participants will focus on bigger areas, such as Czech or European regions; and finally, at The Republic, they will be able to use their gained skills and knowledge during individual activities, debates and presentations focussing on the state power in the Czech Republic and its various branches.

The project is co-organized together with four universities and their affiliated institutes. Thanks to those, participants will be able to experience academic grounds and lead debates with the real experts in this field. The days spent in Brno (Masaryk University, Faculty of Economics and Administration), Olomouc (Palacký University Olomouc, Faculty of Arts) and Prague (Charles University, Faculty of Law) will be filled with presentations, debates and simulations. The Academy is not just about academia, though. It strives to understand social relations in the broadest sense from many perspectives. It does not focus solely on passing on knowledge, but also skills. The successful participants do not have only ideas of how to change the surroundings in which they live; they also know ways to make them happen. Furthermore, the best participants will be given the opportunity to undertake an internship in the Chamber of Deputies, in political groups across the political spectrum, and will be awarded with valuable prizes.

When?
11th - 14th December 2019
Where?
Brno, Masaryk University, Public Administration Institute of the Faculty of Economics and Administration
What?
Find out how your city works from the perspective of politicians, journalist, academics, architects and activists.

When?
4th - 7th March 2020
Where?
Olomouc, Palacký University, Faculty of Arts
What?
Get to know the range of topics which regions are dealing with better and debate about the meaning of the existence of regions.
When?
17th - 20th April 2020
Where?
Prague, Charles University Faculty of Law and Political Studies Institute of the Faculty of Social Sciences
What?
Use your gained knowledge from the past projects at the Republic, which gives you an insight into the process of functioning of the Czech Republic at the highest level.

The Municipality is the first sub-project of the Academy of Mladí občané (AMOB), which focuses on municipal politics and city and municipal affairs. This year, as well as last year, we are co-operating with the Public Administration Institute of the Masaryk University Faculty of Economics and Administration in Brno. We organize discussions with experts, workshops, visits to places closely connected to municipal life or local authorities institutions; and finally a simulation of the City Council for the participants.

The Municipality will take place in December 2019 on the grounds of the Masaryk University in Brno and other alternative premises of local institutions, libraries and cafés.

The project is designed as an educational and awareness-raising event, which aims to show young people that participation in local politics is not just a right, but also a duty of each citizen. The Municipality gives its participants the opportunity to meet active citizens, but also experts on local authorities, local development or on fight against corruption. Meetings with local politicians, entrepreneurs or non-profit organization representatives are also scheduled. This all helps the participants to build a complex and non-biased view and opinion on the issue of municipal politics. Our aim is to raise the participants’ interest not only in their own development in this area, but also in discussion and dialogue. They should have an active attitude towards their surroundings. This project will broaden their horizons and will give them new opportunities how to achieve self-realisation in their personal, social, professional and academic life.

There are two other sub-projects, the Region and the Republic waiting for the participants after the first sub-project of AMOB.

The Region is the second sub-project of the Academy of Mladí občané and its aim is to familiarise the participants with the functioning of the Regional Bureau and the Regional Assembly. There are two ways of approaching The Region – firstly, as a formal administration unit; secondly, as a cultural area.

The Regional Bureau and the Regional Assembly can often be seen as distant and non-transparent bodies. This year will be held again in co-operation with the Palacký University Faculty of Art and the Political Science Club UPOL. We organize discussions with experts, workshops, visits of interesting places and finally a simulation of the Regional Assembly for the participants.

Region is crucial not only in terms of administration. In the times of the formal borders of each state being erased by the Schengen Area, the perception of each region is only notional. The neighbouring regions can and must co-operate together with all neighbouring regions, regardless of whether they are within the drawn borders of the state, or outside of them.

The finale of the project is the Regional Assembly simulation, where the students will be divided into fictional political parties, which reflect the actual political division in Regional Assemblies in the Czech Republic. Students will negotiate both individually and as a part of their political party with one unified opinion. This will give them the opportunity to advocate opinions they do not necessarily agree with in real life, which improves their argument abilities. The aim of this project is to raise interest of young people in politics and to evoke an active approach and participation in the public discussion.

The Region will take place in the capital of the Olomoucký Region — Olomouc — in March 2020; in particular on the grounds of the Palacký University and other alternative premises of local institutions, such as the Regional Bureau.

The Region is not just hard work and debates. It is also a lot of fun and new friendships. It is the last step towards the national politics, which will be introduced by The Republic! 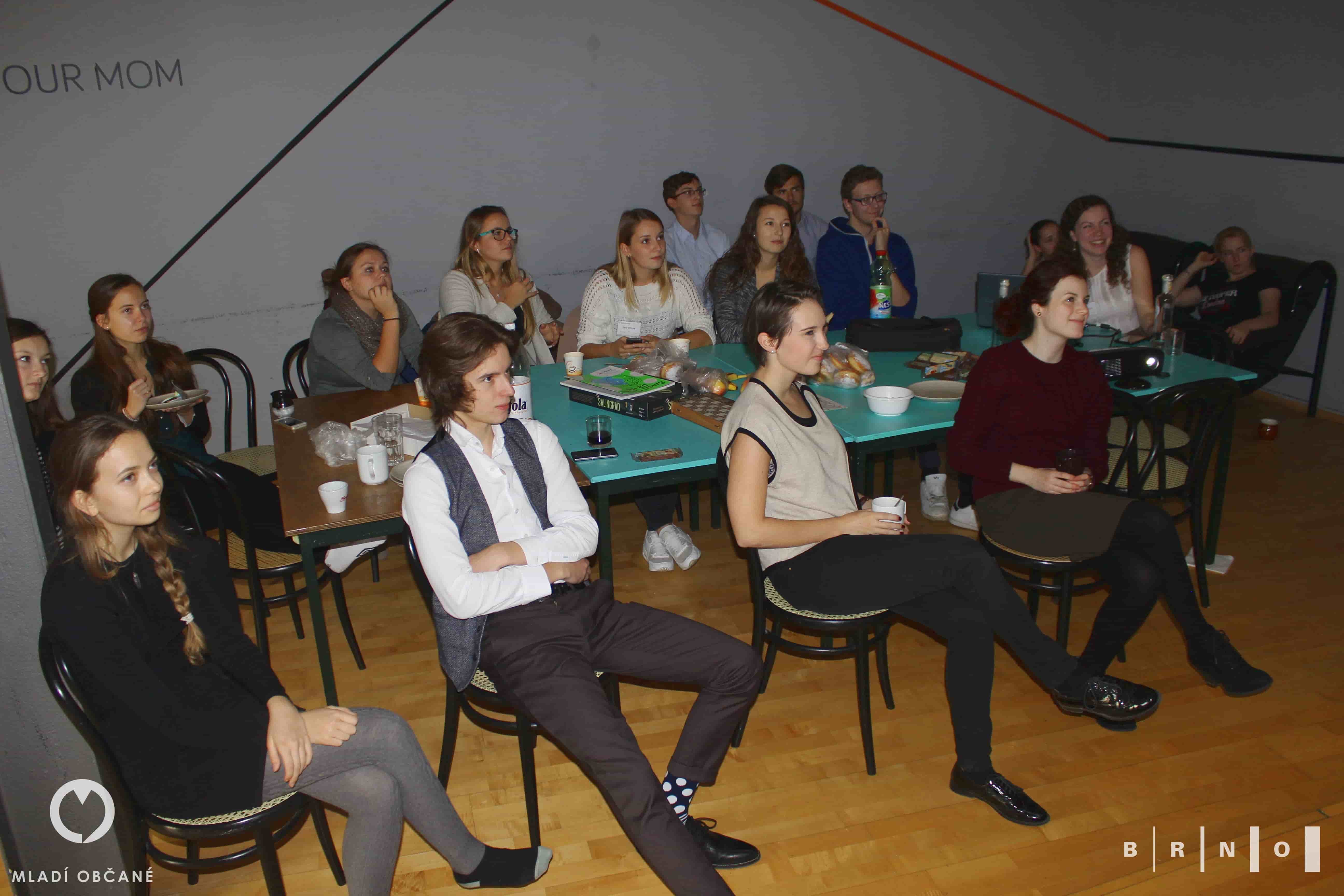 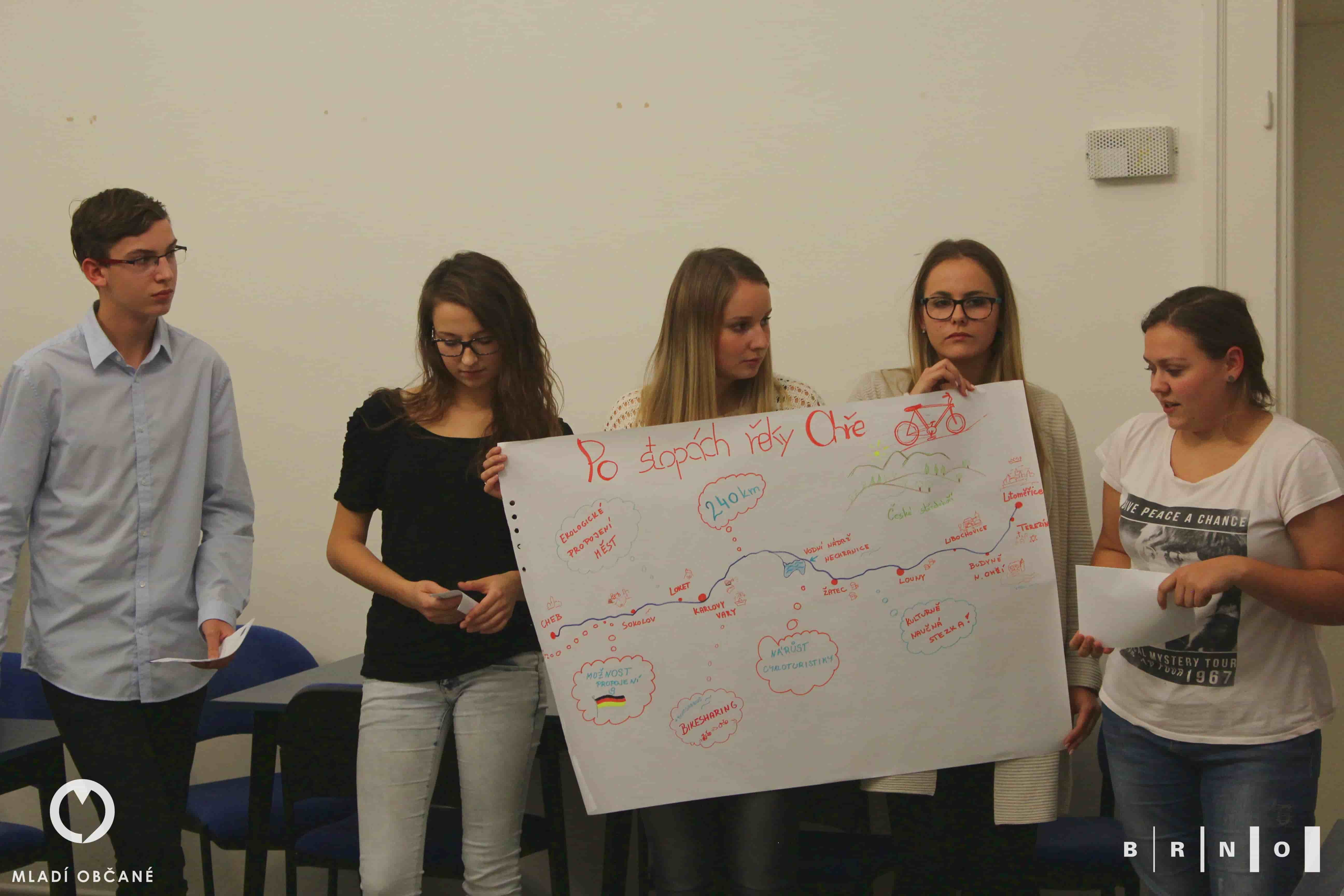 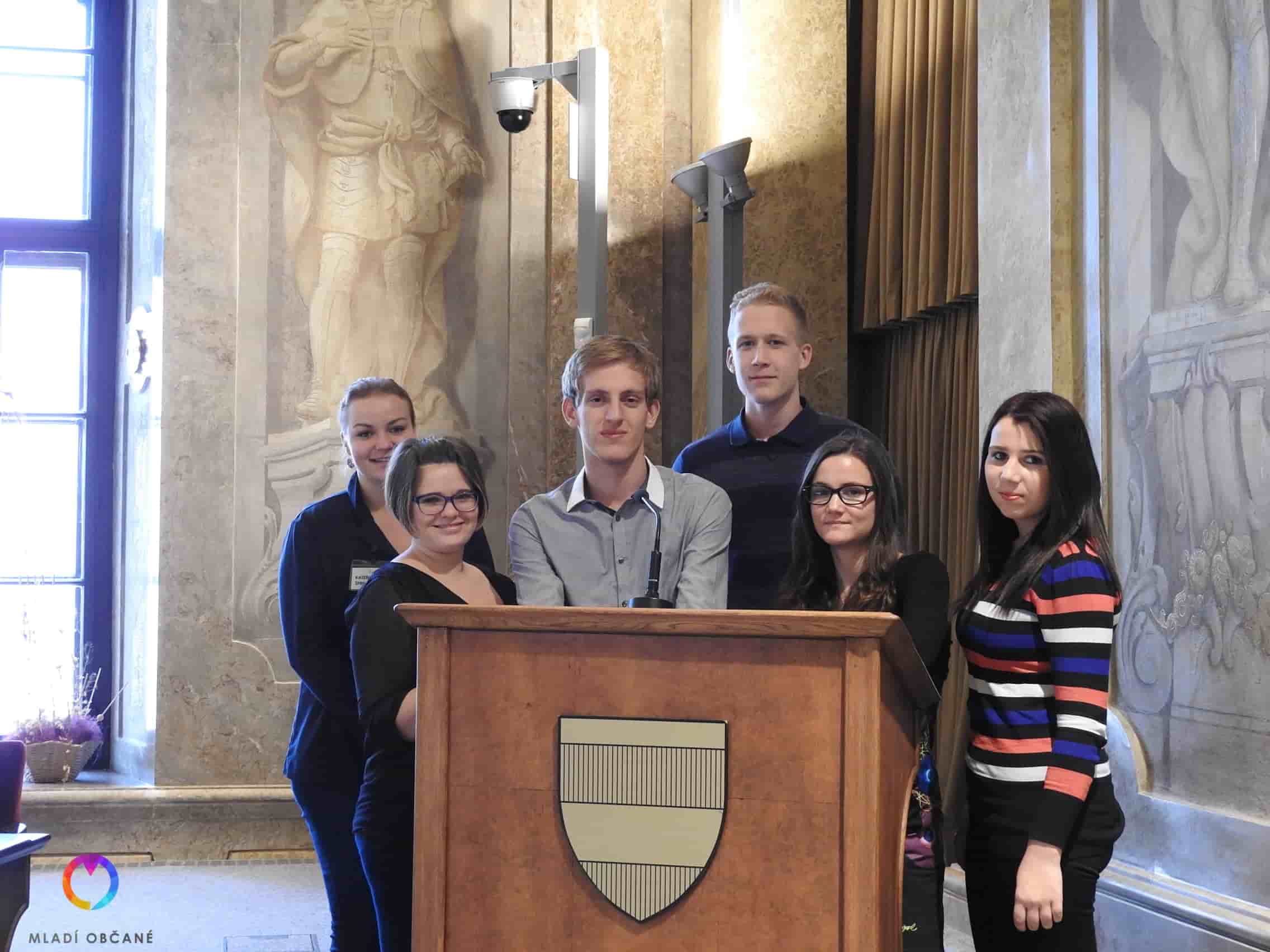 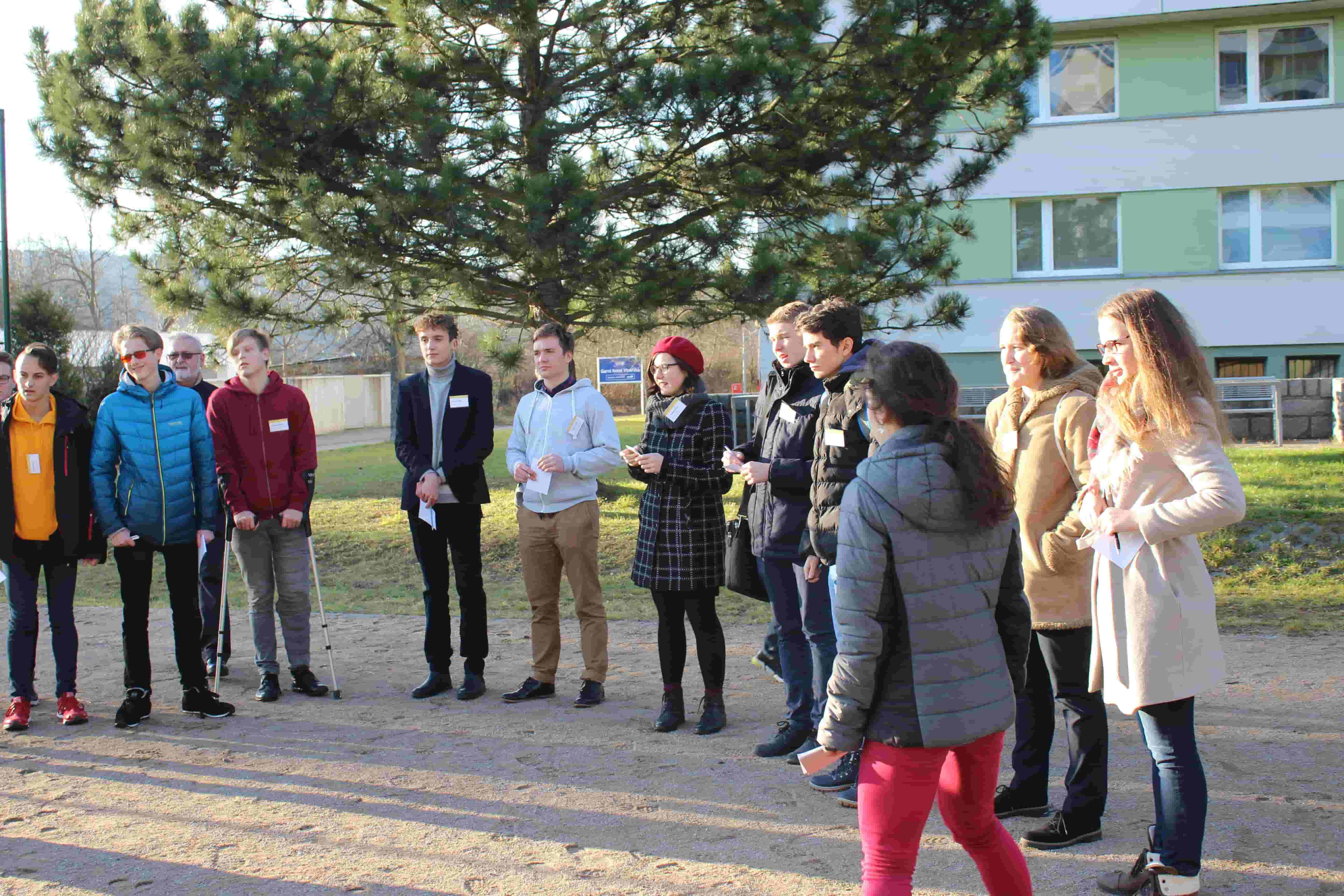 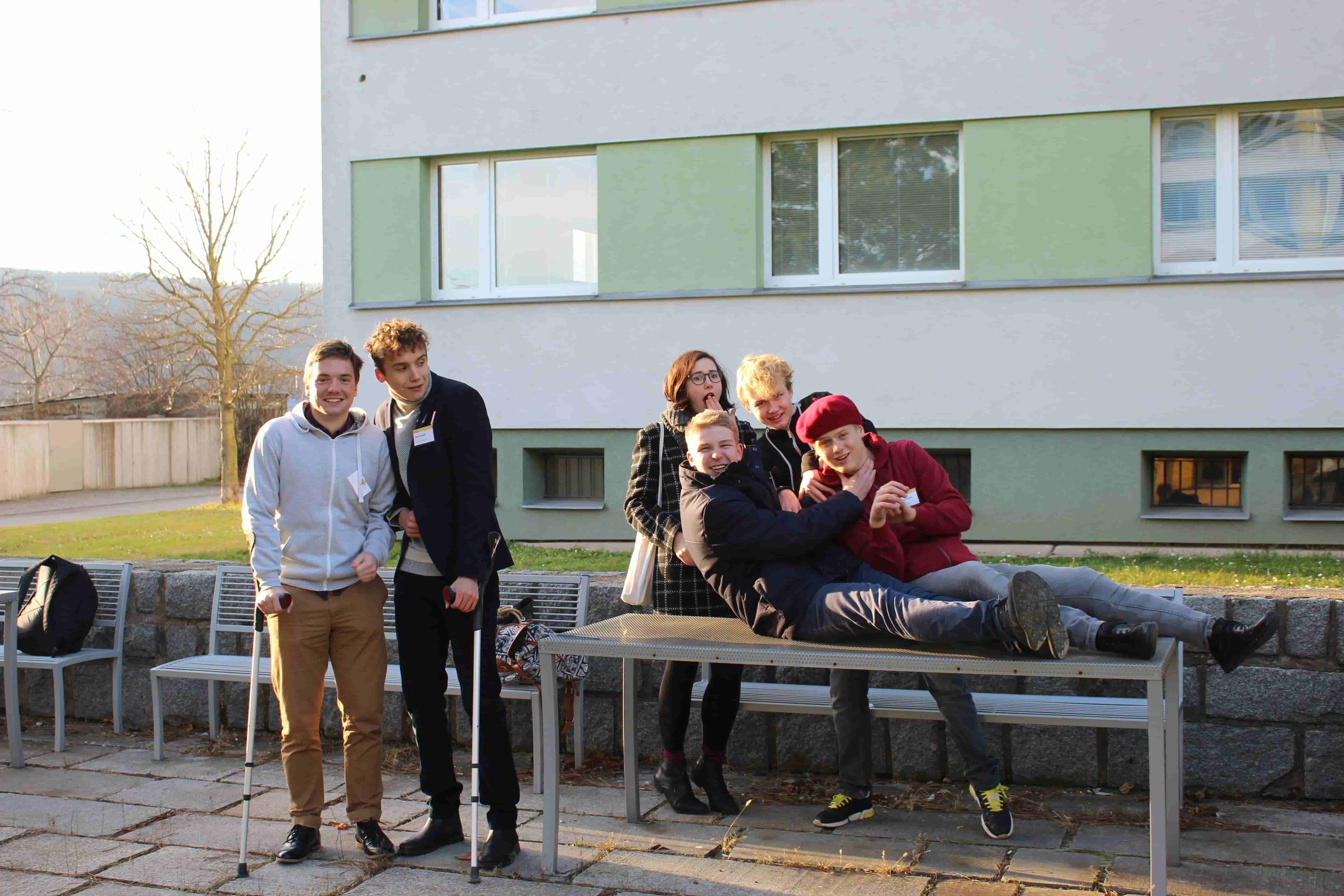 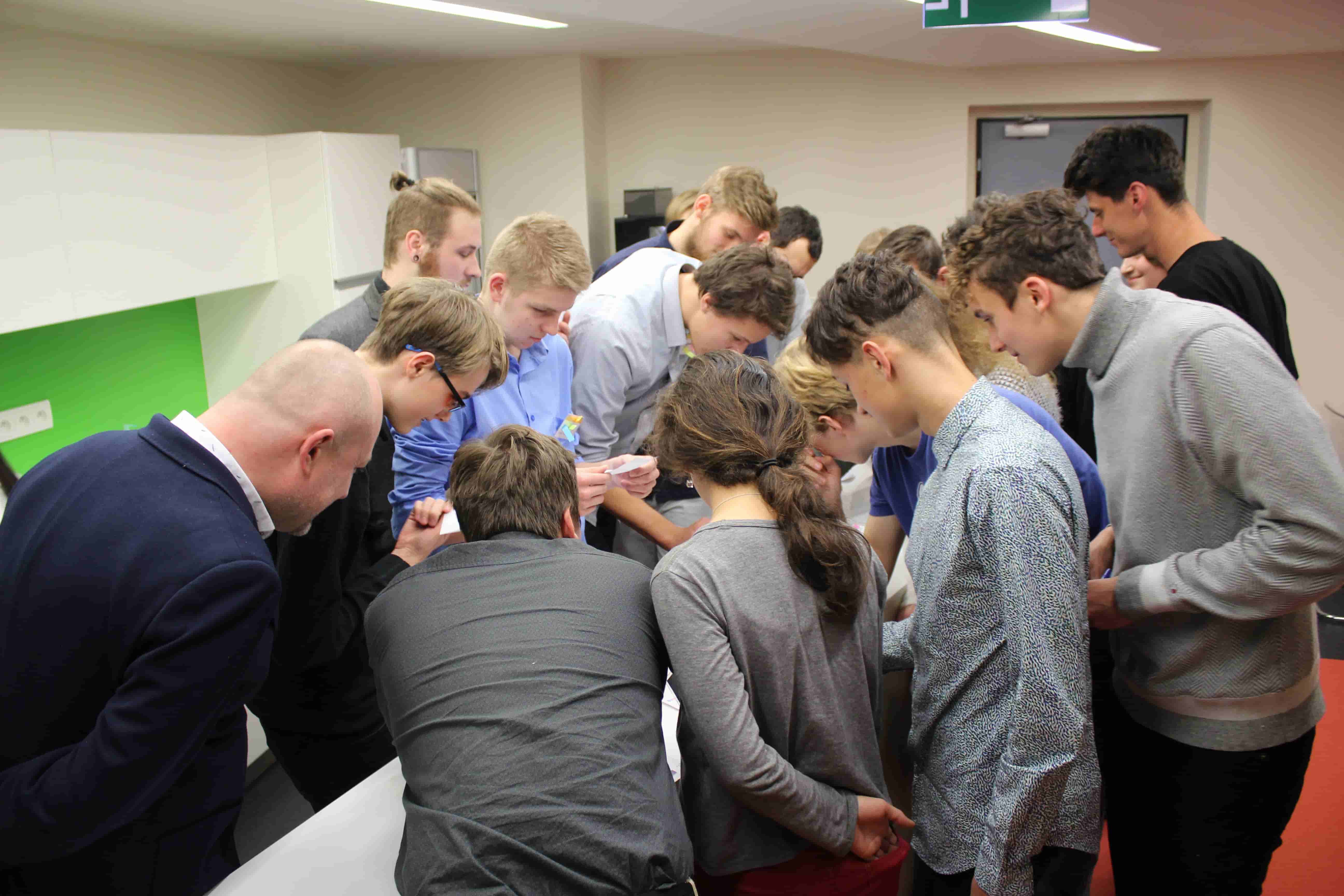 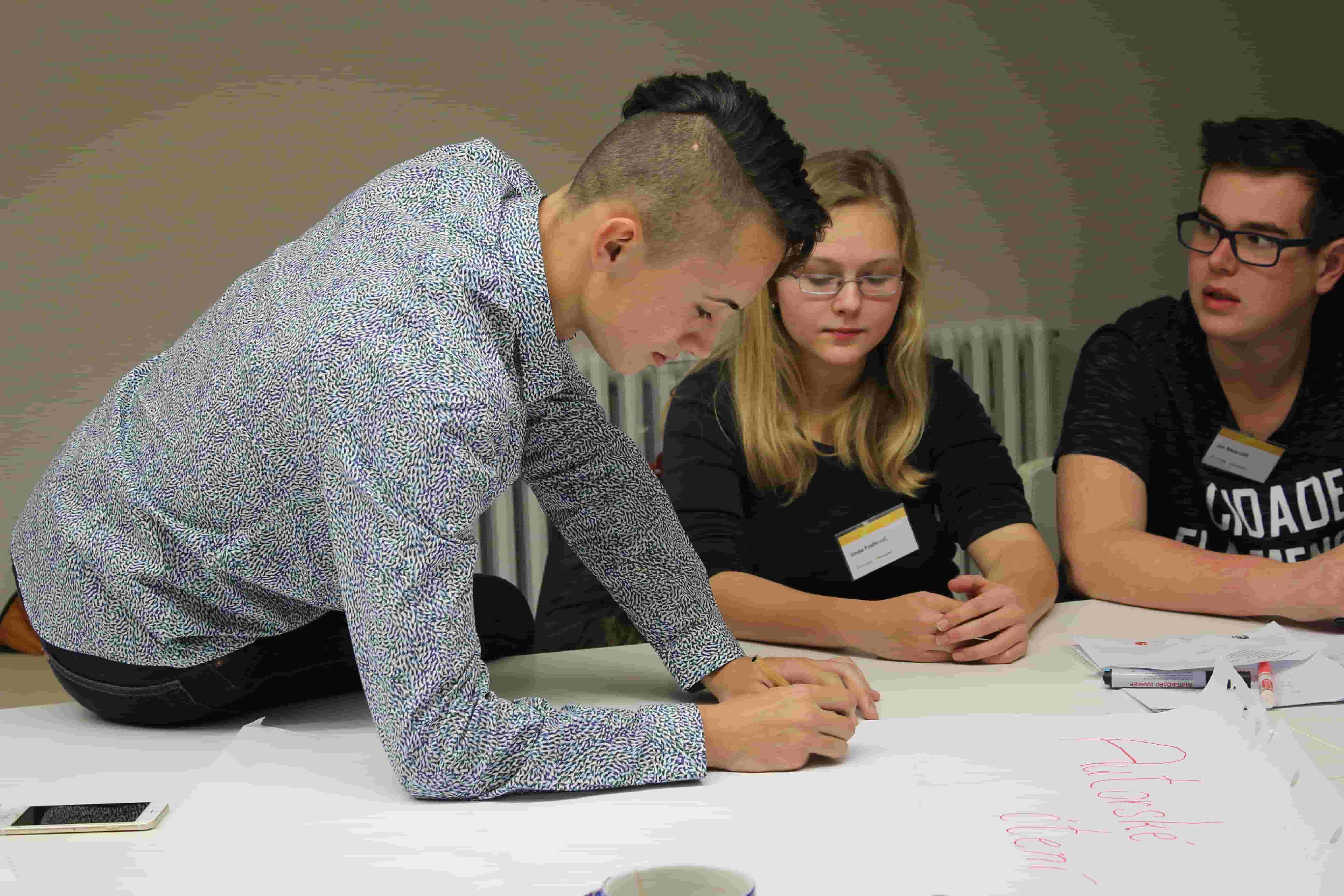 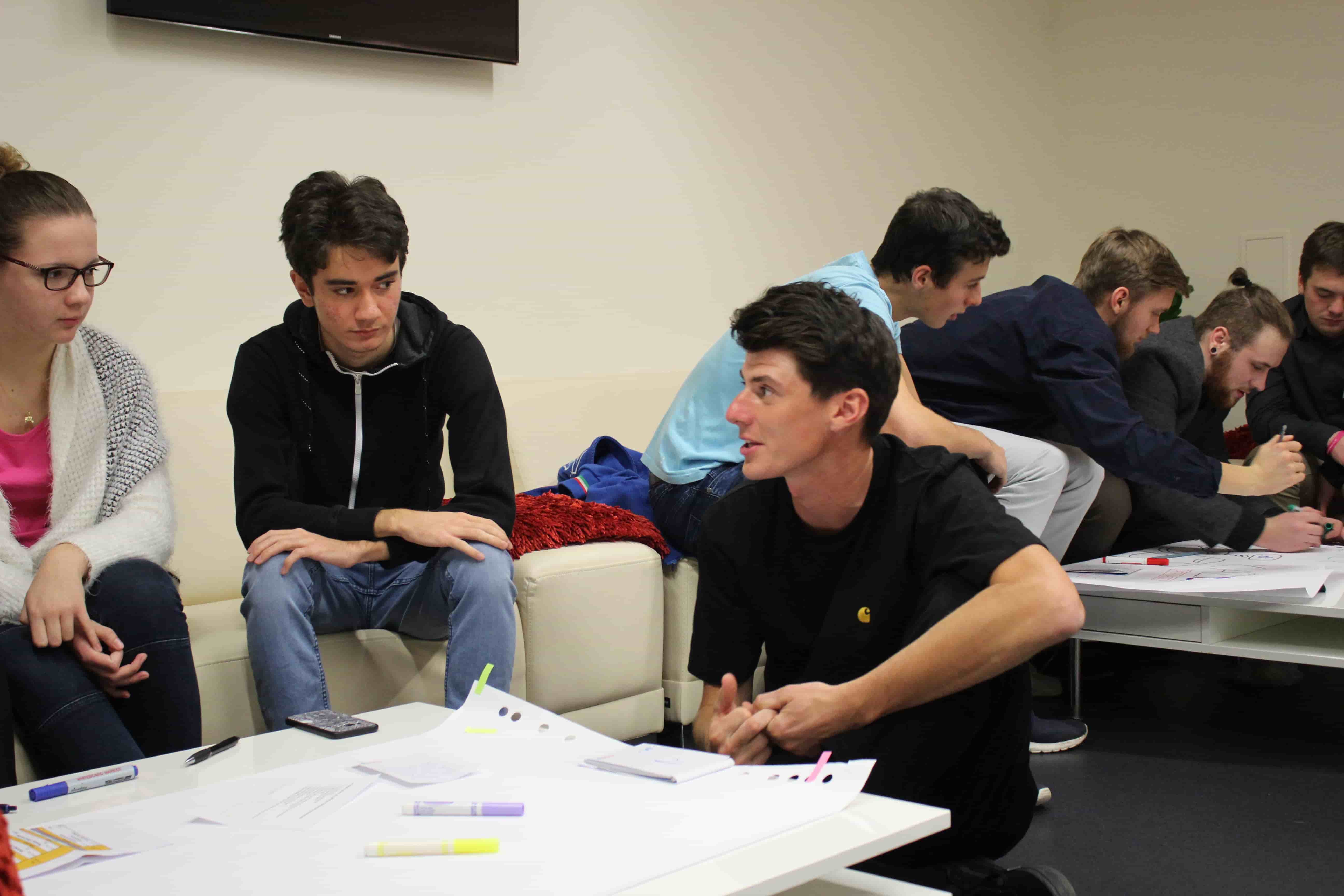 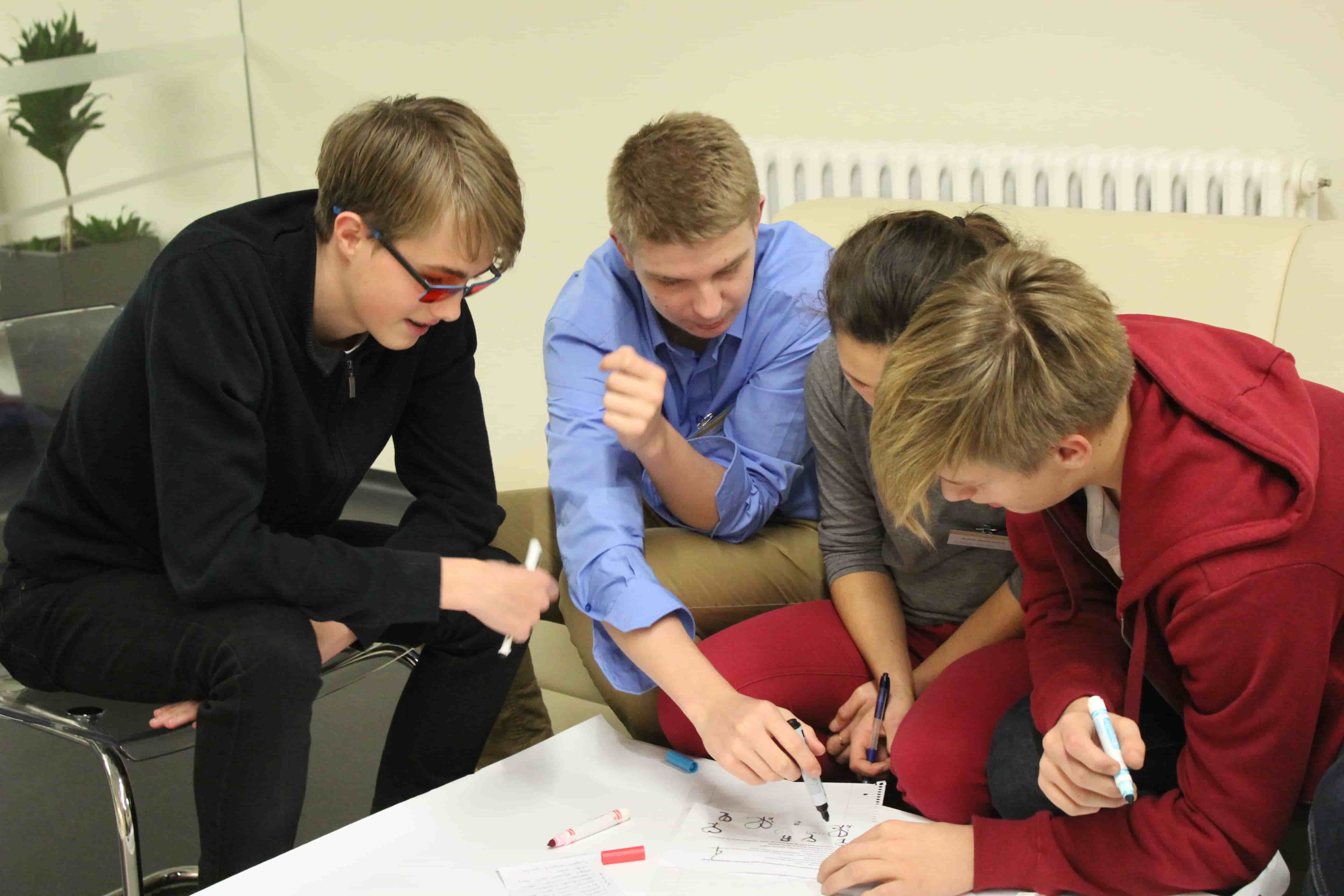 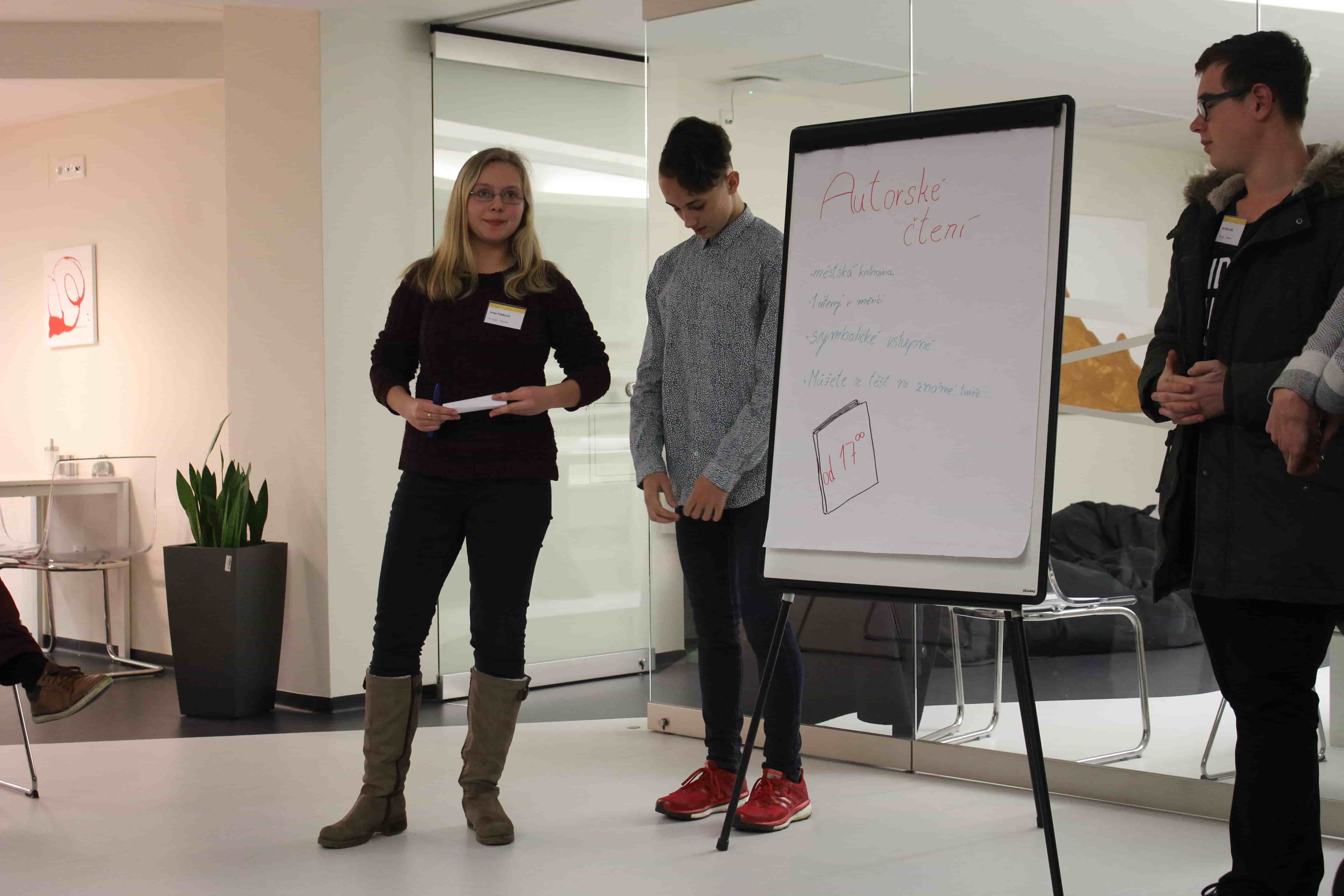 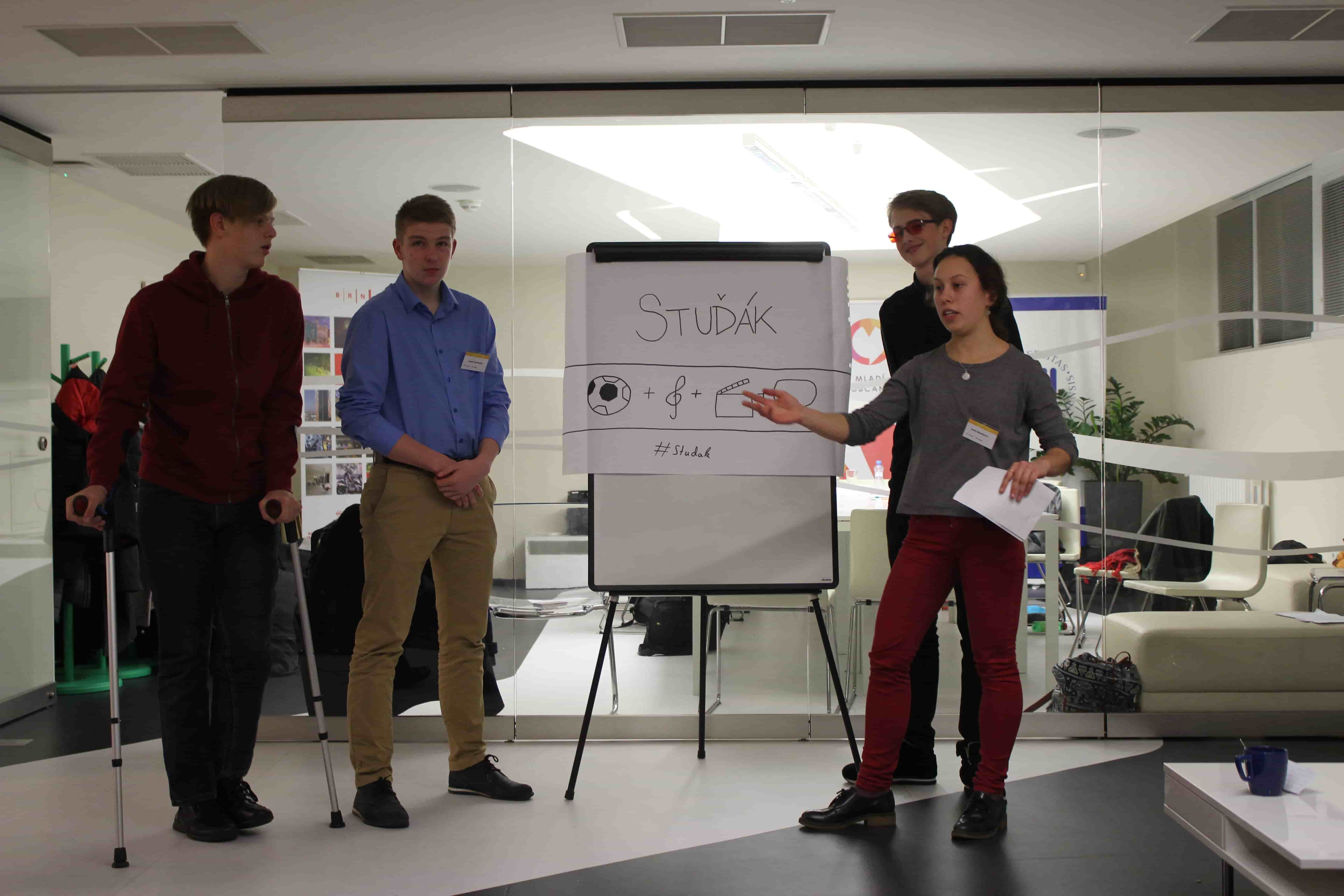 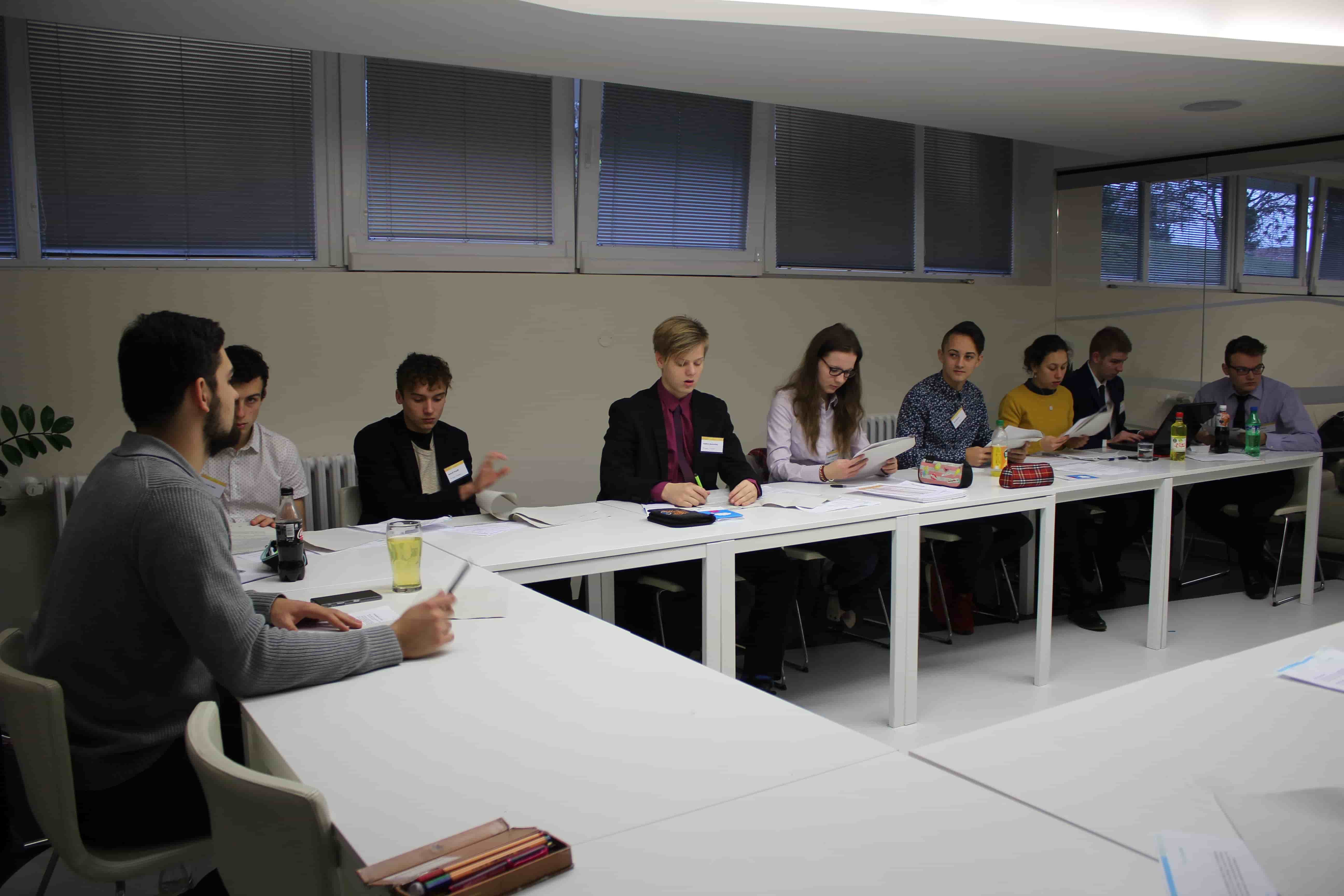 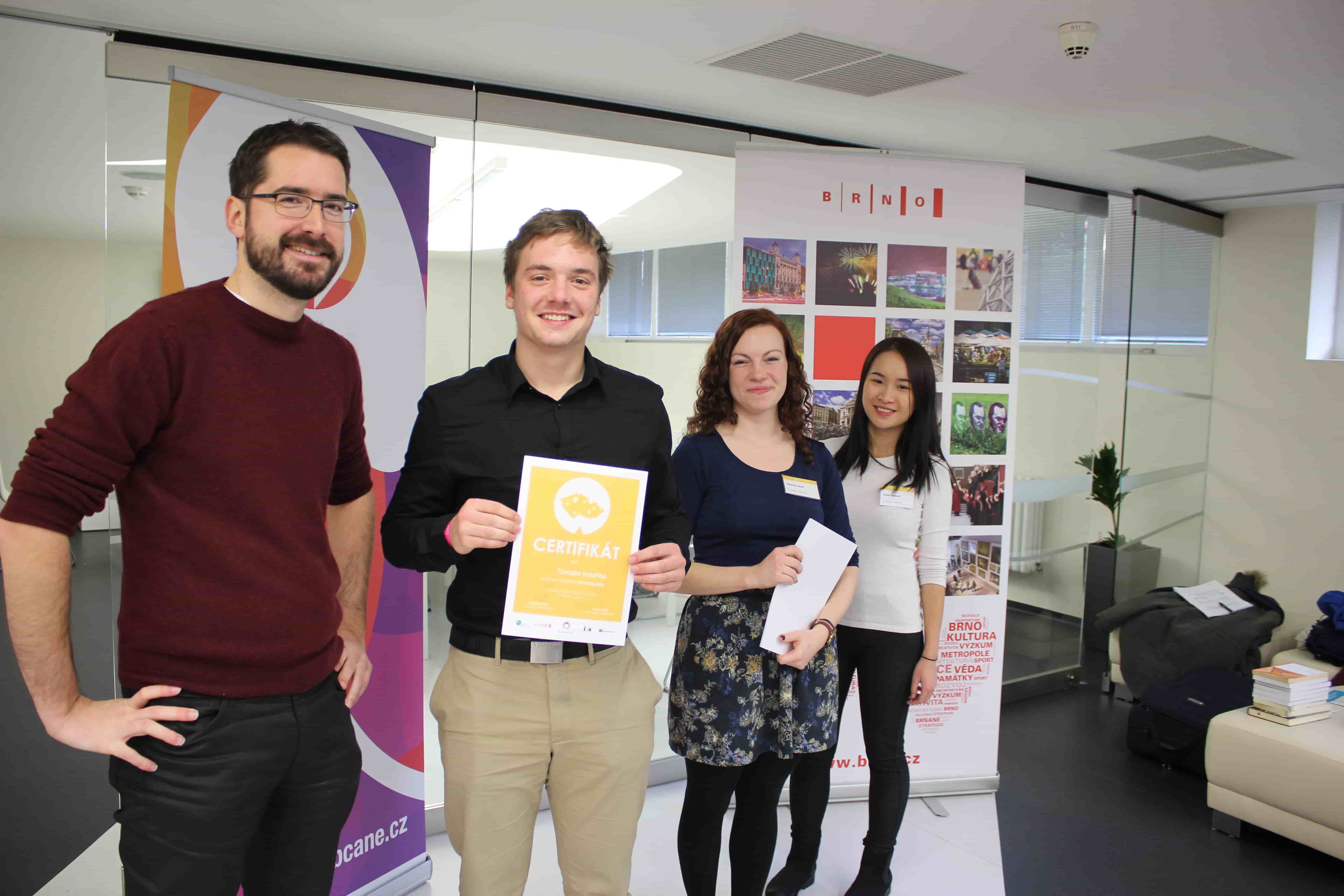 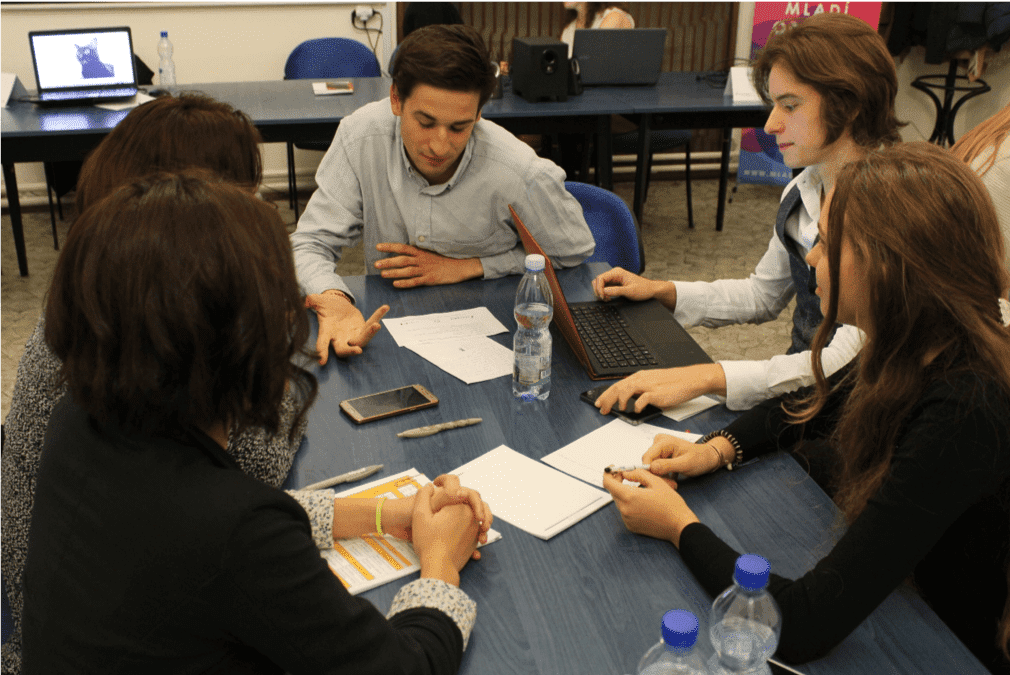 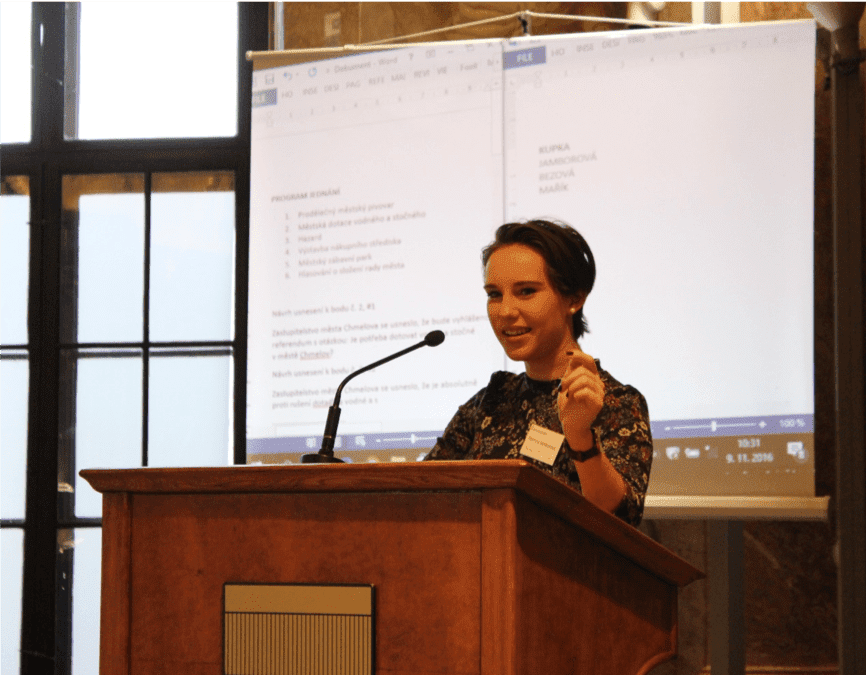 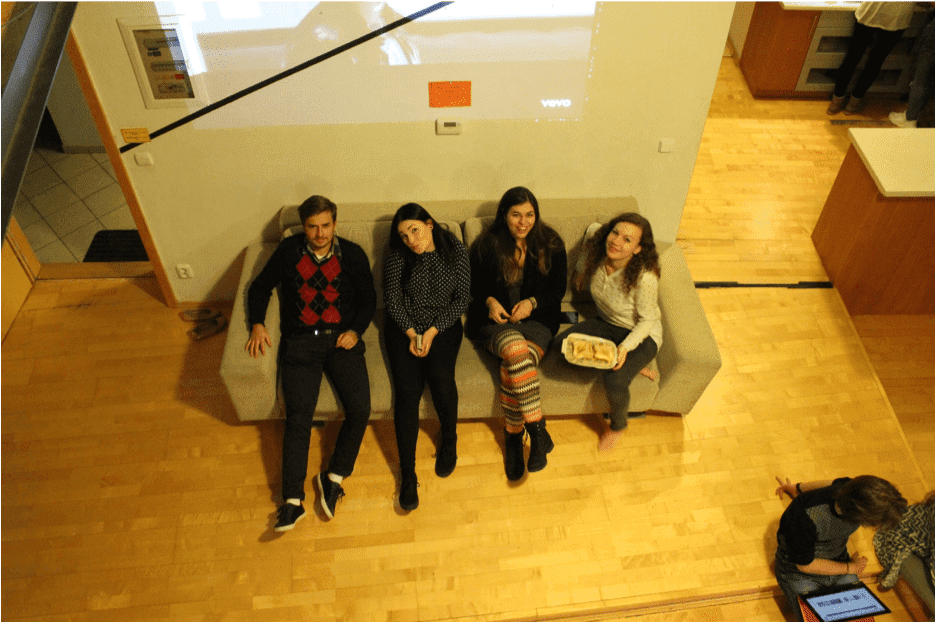 The Republic is the final sub-project of the Academy of Mladí občané. It focuses on the functioning of the highest levels of our politics. This year, we co-operate once again with the Political Sciences Institute and the Charles University Faculty of Law. We organise discussions with experts, workshops, visits of various institutions and finally a simulation of one of the bodies of the Parliament of Czech Republic for the participants.

The Republic will take place in the capital, Prague, in April 2020, specifically on the grounds of the Charles University Faculty of Law and the Faculty of Social Sciences and other premises of local institutions, such as the Chamber of Deputies or other alternative premises of non-profitable organizations or other institutions.

The main item in our programme are activities focussing on both current and long-term aspects of public life, functioning of politics, non-profitable organizations or the work of media. The prepared topics focus on the citizens’ initiative, corruption, but most importantly on politics itself. Most presentations are prepared to provide an open space for discussion. This has proven to be the most efficient way to pass on information to the participants and at the same time to support their activity, ability to debate, skills of critical thinking, and building their own values and overall opinions on certain topics. The pinnacle of the programme is a simulation of one of the bodies of the Parliament of the Czech Republic, for example the Chamber of Deputies Committee. The aim is to facilitate as many information as possible to motivate the participants to further development of their activities on the highest level of politics.

completion of the project

If any of the participants is interested in the activities of Mladí občané, they are more than welcome to join the association of Mladí občané and be a part of the team preparing the next years of AMOB or other projects. They can also attend out other projects (Kandiduju.cz, Stužák, City Council, Simulations, public debates etc.) or organize their own ones from their initiative based on their creativity and ability.