The City Council Simulation is a project for high school students. Its aim is to bring students nearer to the functioning of the local authorities, raise their awareness and knowledge about how politics work while simultaneously encouraging their greater interest in public affairs. This is being achieved by providing students with a theoretical view on the given issue in the form of workshops and lectures together with the opportunity to try everything in praxis from the position of representatives as a part of the City Council simulation, also including the participation of real representatives.

The project is divided into two rounds during two days. The first one is theoretical, when students get to know how municipality, local assembly, the law on municipalities and local governments in general work. The students are divided into small groups which are under the guidance of experienced lecturers. There they look closer at the given issue and the topics about which the students wish to debate during the City Council simulation and on which they will prepare resolution drafts. These groups will also form fictitious political parties in which they will work on their drafts and thereafter promote them.

After that there is typically a two-week interval, in which students under the guidance and assistance of their lecturer prepare their resolution drafts. After that, the simulation itself takes place. Before its start, students have the opportunity to discuss their drafts with the local councillors present and tweak all possible imperfections, so that their drafts and discussion are as similar to the real ones as possible. They can also ask the local councillors anything which might interest them.

The simulation itself is fully in hands of the students and is led by the student mayor who is elected by them. They will discuss their drafts there and decide, which they will support and which not. This all happens under the constant guidance of lecturers and real representatives. The approved drafts also create an important output of the whole event, which can further serve as an inspiration for real local representatives. 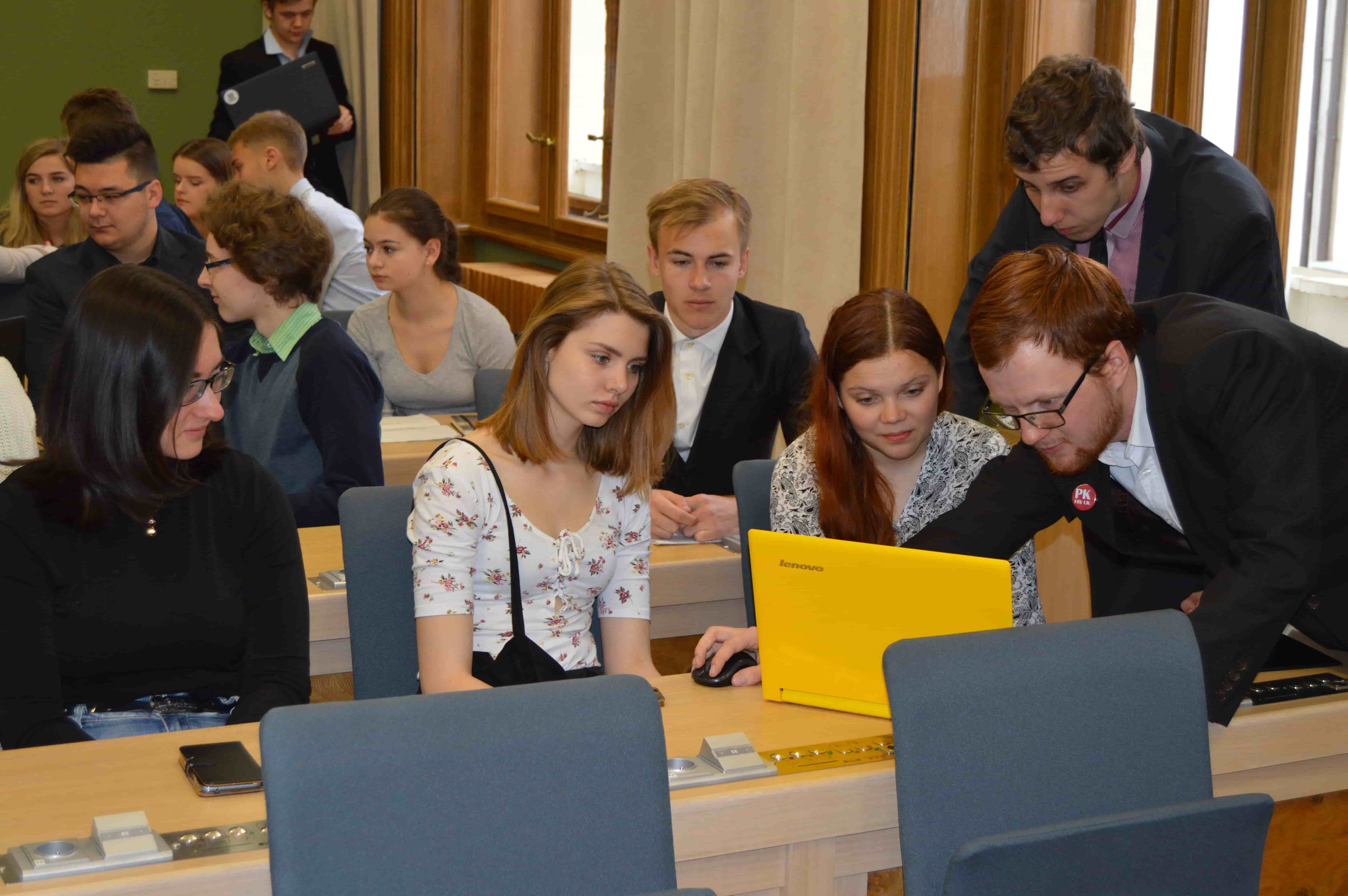 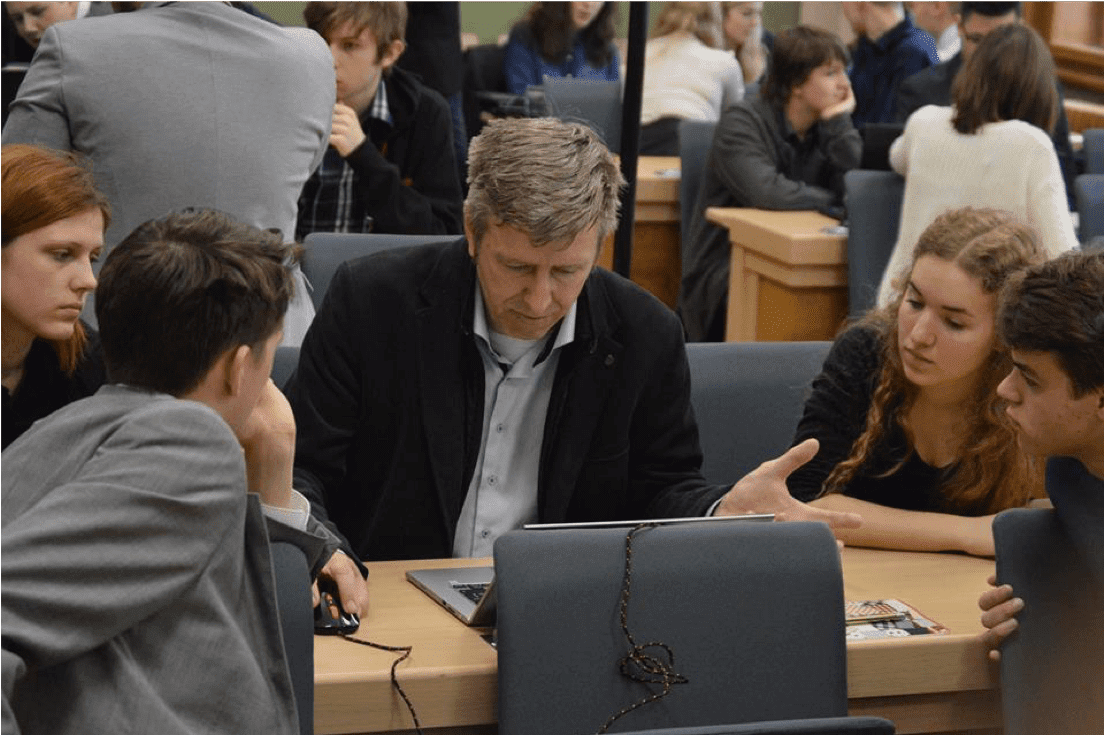 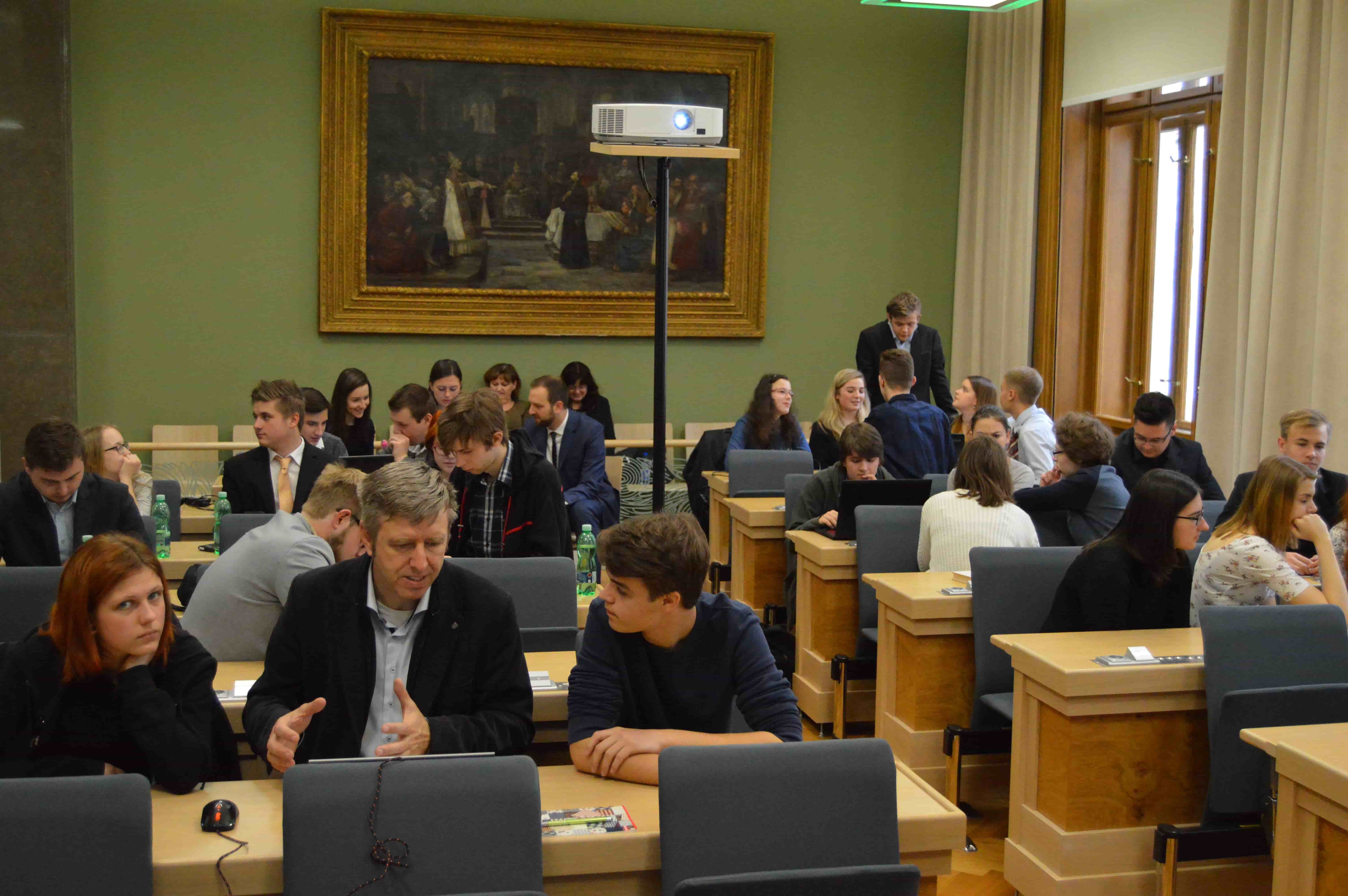